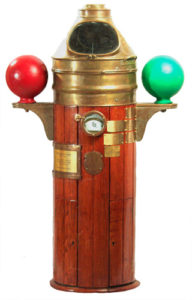 At four and a half feet high, the Helmsman Trophy is what the SanJuan 21 fleet competes for in the season long Wednesday Night Series.

Here’s the story of the binnacle donated to the Club and the Fleet by Doug Chisholm. 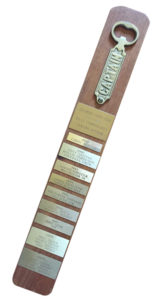 To encourage skippers to get their boats onto the lake after a long winter the Past Commodore’s Season Opener trophy is awarded to the first place SanJuan 21 on the first Wednesday Night Race of the season.