Updates from Dark Star sent via satellite phone will be posted here during the race. 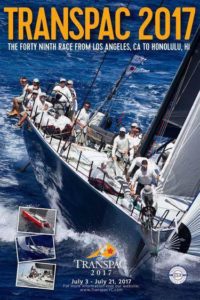 On July 3, veteran Calgary sailor Christopher Lemke will be competing in the 49th edition of the prestigious TransPac Yacht Race.  Joining Skipper and Navigator Lemke is a multinational crew including Watch Captain Brad Lawson from Denver CO, Alan Carley from Victoria BC and Andrew Nelson from Tacoma, WA.
The TransPac is a classic test of seamanship and teamwork, attracting the top professional crews from around the world.  Yachtsmen cross 2300 nautical miles (4140 km) of open ocean from Long Beach, CA to Honolulu, HI.  This year’s entries range from Lemke’s Hobie 33 to the 100’ maxi yacht “Comanche” from the New York Yacht Club who will be aiming to smash the course record.

Read the news about Dark Star’s campaign and more from the fleet.