Congratulations to the guys on winning their division in the Transpac 2017 race from Los Angeles to Hawaii. Their race was 12 days 17 hours.

Chris Lemke also won a navigation award for his navigational skills during the race. 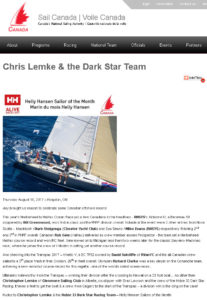 The Sail Canada release can be viewed at https://goo.gl/5GVgMd

While Dark Star was racing to Hawaii, Chris sent daily email updates back to Calgary via satellite phone. Whales and porpoises, surfing their 33′ sailboat down big Pacific swells, 200+ mile days, the complete absence of personal space, and a video “Yahoo” at the half way point.

Read the daily updates at https://fleet28.com/category/news/ 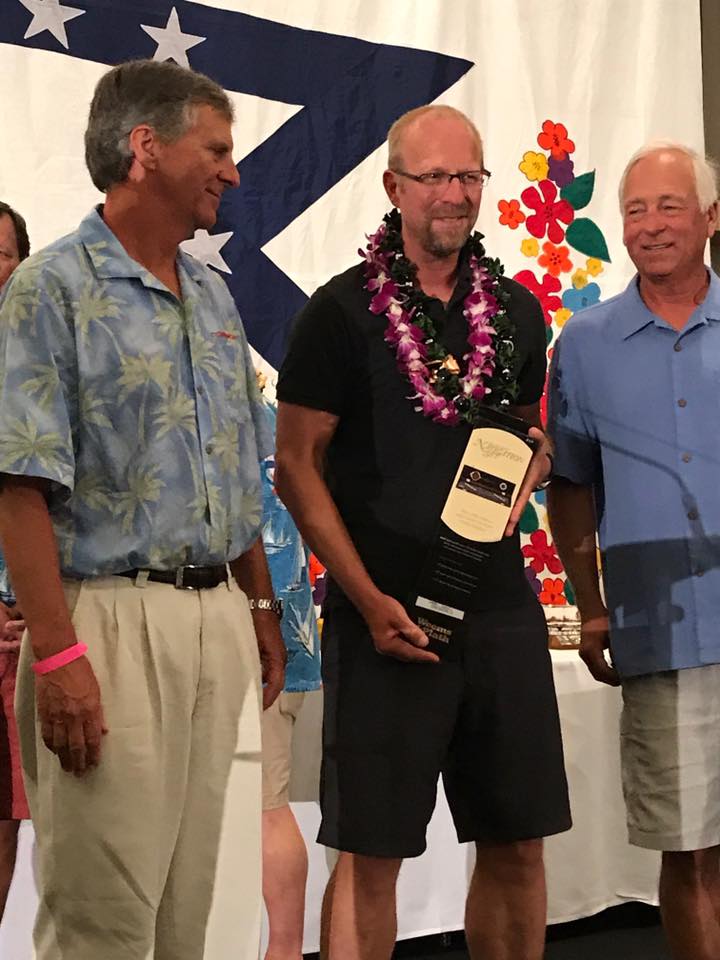 Chris Lemke (middle), in the company of Stan Honey (l) and Ben Mitchell (r), receives an award for his navigation skills. 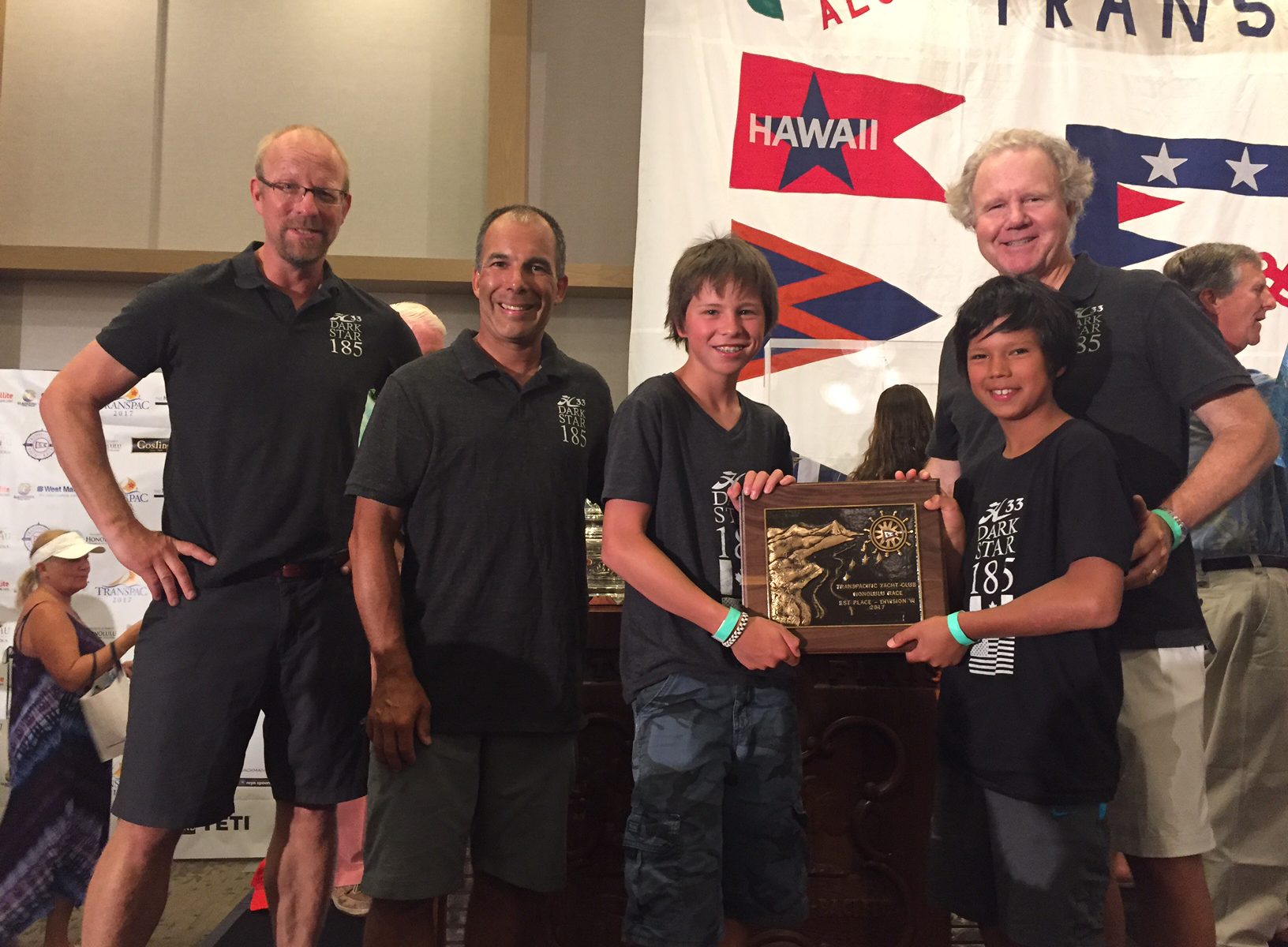 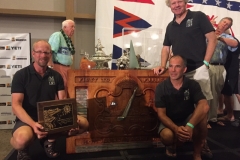 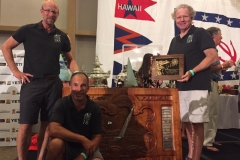 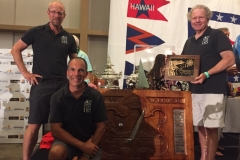 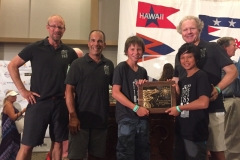 One would sometimes think,
from the speech of young men,
that things had changed recently,
and that indifference was now the virtue to be cultivated.

I have never heard of anyone profess indifference to a boat race.

Why should you sail in a boat race?

Why endure long months of pain and preparation
for a seemingly endless race
that will leave you all but dead?

Does anyone ask the question?

Is there anyone who would not go through all its costs, and more,
for the moment when anguish breaks into triumph,
– or even for the glory of having nobly lost?

Is life less than a boat race?

If a man will give all the blood in his body to win the one,
will he not spend all the might of his soul to prevail in the other?