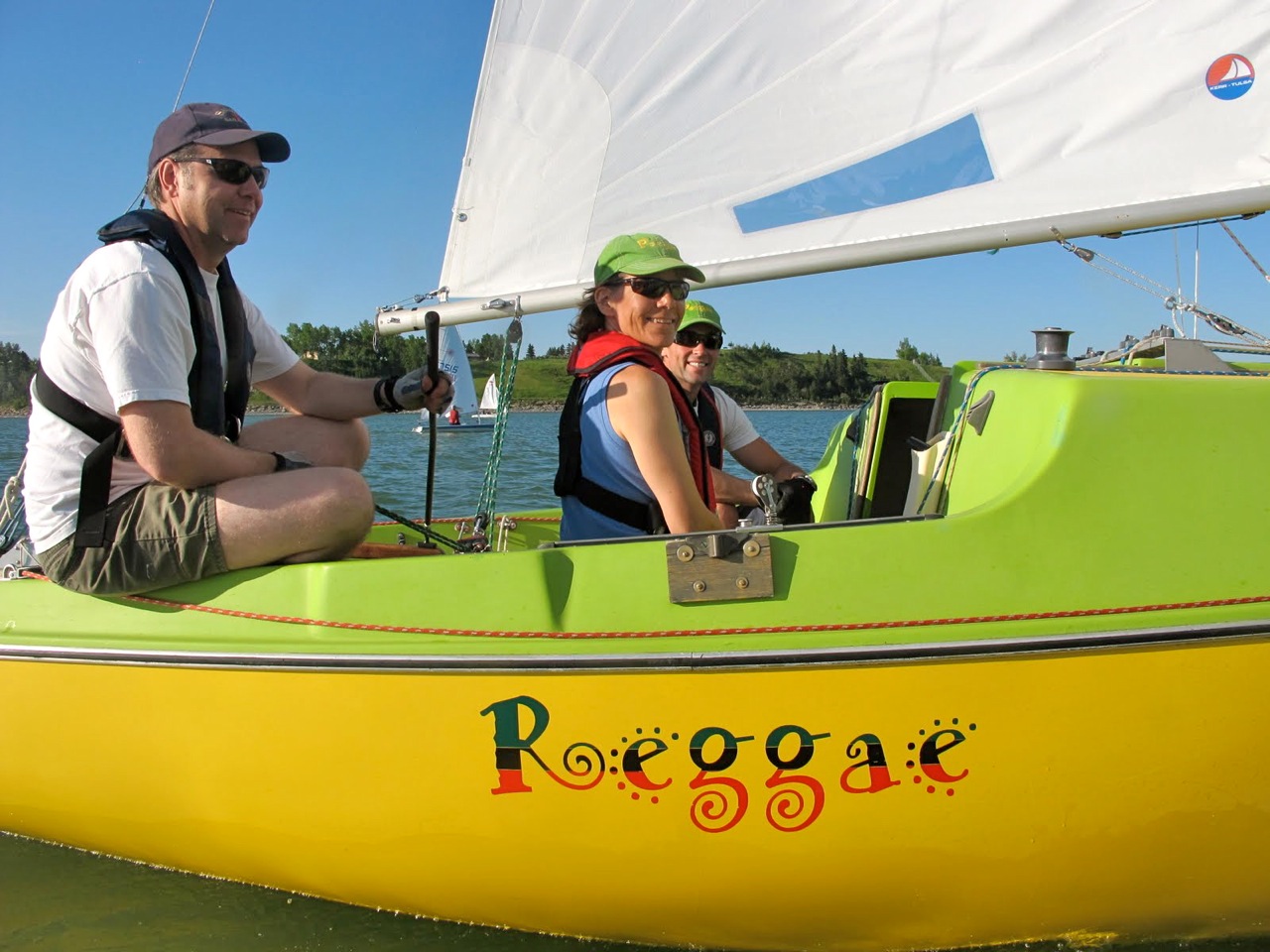 We started racing Reggae in 1999 after a complete rebuild (stripping paint off the gelcoat and rigging for racing). We’re still racing weekly because we enjoy a beer at the club after racing and because 10-20 boats come out each week to compete head-to-head in one-design racing. We’ll keep sailing until we stop learning and enjoying.

We’ve sailed at regattas in in Canada and the USA, and the people we’ve met racing the SJ21 are always helpful and enjoyable people to meet and compete against.

Thank you to everyone we’ve sailed with for making our time with Reggae enjoyable, we look forward to more regattas and social events with you all. 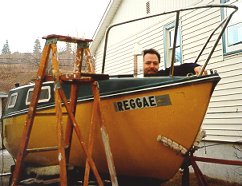 When we bought Reggae, she was a mess.
Neglected, sailed in salt water, here’s the tale of her rebuilding.

In my mind when I was conceiving the rebuilding of our new boat, it was a bit of scraping here, a touch of gel coat there, a day on the hoist to finish the bottom and we’d be back on the water sailing with friends. Ha! 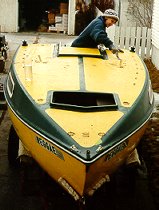 The deck had been painted with a dark green non-marine paint that had to go. It was chipping almost everywhere and there was this (at the time) hideous lime green layer under the dark green. We thought we’d just clean up the deck, and repaint the deck with a dark green again because it was not that bad a color, it was just the chipping paint and “the undercolour” that were the problems.

The woodwork was in really rough condition. We stripped it and every other fitting, the pulpit, windows, and what remained of the keel gasket off the boat.

We used brute force (hook scrapers) and chemistry (lacquer thinner) to remove the topside paint. Unfortunately there are no pictures of the thick anti-fouling paint on the hull. This was evil stuff to remove. We used a hook scraper to take it off (using respirators and eye protection). 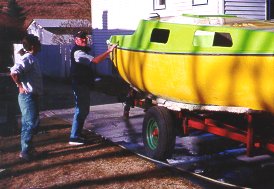 One of the best things about working on Reggae was the incredible amount of advice and assistance we got from other SJ folk. (here Colin is discussing the finer points of deck prep and finishing with Teresa)

When the bottom paint was mostly gone, Reggae went up on the hoist where more lacquer thinner removed the last of the residue. 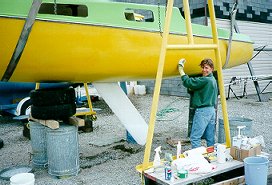 While up there we did a bit of bottom work, and polished the hull.

And the keel was fixes. 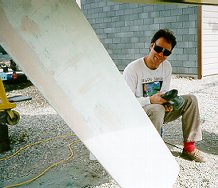 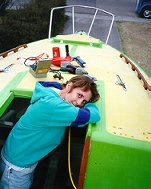 As the season got closer the need to get the boat completed increased in direct proportion to our need for a break from all the work. Here’s an appropriate shot of Teresa moments after she hit the wall after a long day working on the boat.

There was a lot of satisfaction when the parts started going back onto the hull. When we were done, there were waaay more hours into this than I thought we’d need to get the job done.

All through the work I kept reminding myself what Colin Silkstone told us… “Just get her on the water and fix those little details later.” 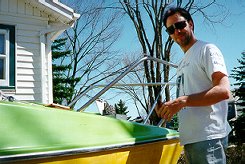